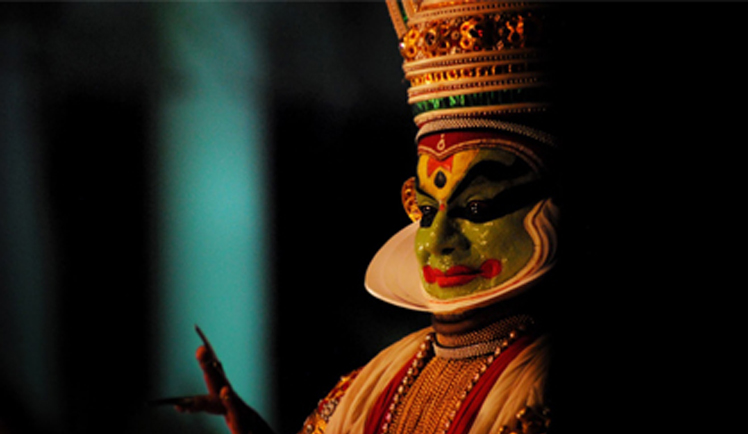 Kathakali one of the oldest theatre forms in the world, with its origins in Kerala is a group presentation traditionally based Hindu Mythology. We aim is to popularize and encourage the classical arts of Kerala. Various traditional arts and rituals are also encouraged and performed at our Centre. Elements of the art of Kathakali are found in the ancient ritual plays of Hindu temples and various dance forms that are believed to have been gradually developed in Kerala from as early as the 2nd Century until the end of the 16th Century.

Many of its characteristics are very much older than its literature, as they are a continuation of older traditions, but these did not crystallize until the 17th Century when the Rajah of Kottarakkara, a small principality in central Travancore, wrote plays based on the Hindu epic `Ramayana` in Sanskritized Malayam, which could be understood by ordinary people.